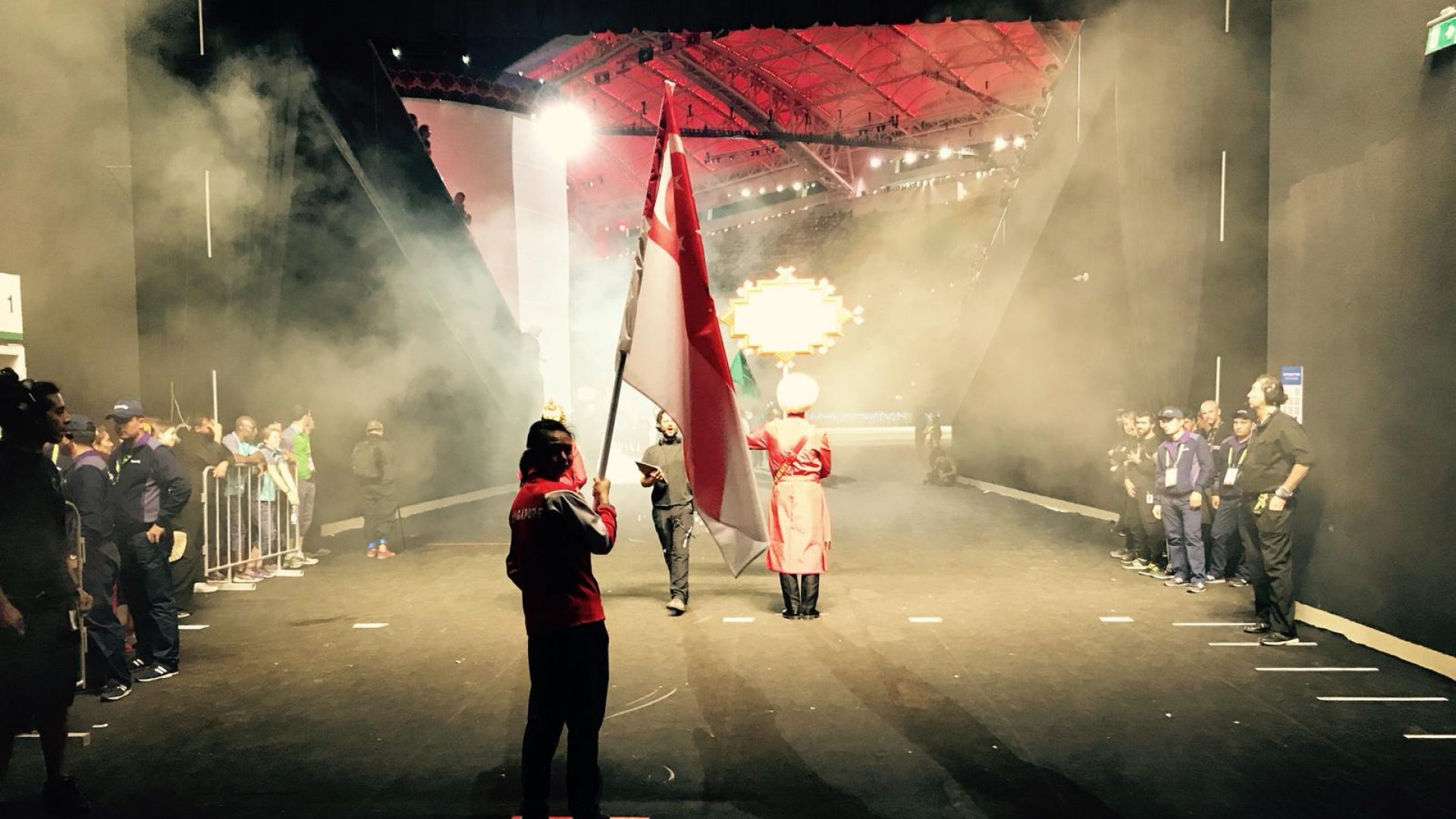 This saturday, 24/8/19, there will be National Qualifiers series 2 and Student Open taking place.

All participants must be students currently enrolled in any educational institution in Singapore or overseas and at least 18 years of age. The event will take place together with the Singapore MuayThai National Qualifier 2019. Participants are eligible to participate in only one of the event. Further details of the event can be found at www.amasmuaythai.org

is an event organized and sanctioned by A.M.A.S. (Amateur MuayThai Association Singapore) in partnership with IFMA (International Federation of MuayThai Amateur) and Sports Singapore.

Team Singapore will be participating in the Arafura Games in Darwin, Australia from Apr 26 – 4 May 2019.

All the best to Team Singapore!

Clement introduced himself as the new President of AMAS, taking over 25 Aug 2018. Clement also introduced members of the ExCo, mostly made up of new members. The ExCo members then presented the committee’s achievements to date and also laid out their plans for the future.

Registry of Societies (ROS) has been updated to reflect the new Management Committee.

AMAS has set up a website http://amasmuaythai.org . The website will contain AMAS constitution, AMAS ExCo and staff, national athlete’s profiles, list of AMAS trainers, list of patrons among other things. All latest news and announcements will also be posted on the website.

The new ExCo achieved greater collaboration with local statutory body, SportSG. As a result of this, the recent trainer course on 17 Nov 2018 saw a record number of 80 participants. The course was also for the first time held at SportSG premises.

AMAS is also working with SportSG for AMAS trainers to participate in SportSG’s CoachSG program, which offers additional training such as first aid. Trainers who complete the CoachSG program will be National Registry of Coaches (NROC) accredited.

The new ExCo also managed to attain carding reinstatement from SportSG, which was suspended during the old administration. This allowed support to the national athletes including those that fought in the recent IFMA Asian Championships in Macau.

audit has commenced and a review will be done for 2014-2018. The audited accounts will be required to support AMAS’ planned application for charity and IPC.

AMAS has secured strong patronage even as the association has yet to secure charity status. The patrons also funded the national team recent participation in the IFMA Asian Championships in Macau.

Locally, there will be about 5 amateur events including the Inter Varsity Invitational and Muaythai against drugs events.

The ExCo urges all gyms to send promising fighters to the national team qualifiers as AMAS hopes to boost our national pool.

In recognition of Bruce’s contribution to Muaythai and martial arts, the ExCo unanimously decided to promote Bruce to Master Trainer. A ceremony will be held during the next AGM.

Nada, who is a certified physiologist and medic, described the new proposed fight safety procedures developing in the pipeline that are in line with IFMA.

A blood test, which will be valid for 6 months, will be required from fight participants in the future. The ExCo is in the process of identifying an insurance national carrier who will be able to absorb the cost.

Completed medical declaration forms will be required from fighters during weigh in. The medical forms will need to be verified by a General Practitioner. Pregnancy declaration will also be required. Fighters who received KO or TKO from previous fights will be banned for 3 months, unless given the green light from doctors.

Prefight: A medical doctor will be on ringside to access the fighter’s condition. 3 medics, including an ambulance crew will be on standby as well. The ambulance will be expected to be equipped with trauma equipment

Post fight: The fighter will be required to stay in the premise for half an hour and to be assessed by the medics before they are allowed to leave with their medical declaration form.

In response to a query on fees, the ExCo will relook at the current pricing to accommodate smaller gyms.

In response to queries to the possibility of overly experienced fighters participating in amateur competitions, AMAS and the organizer will to their best of their ability, ensure that fighters will be matched based on their fight record as close as possible. However, the onus is still on the fighter to research on his opponent.

In a query regarding the extent of AMAS assistance in the event of a lawsuit against the gym, AMAS will endeavor to provide advice as much as they are able to. However, AMAS would not be able to provide legal or financial assistance if the lawsuit pertains to incidents that are not under AMAS sanction or jurisdiction.

Team Singapore will be participating in the Arafura Games in Darwin, Australia from Apr 26 – 4 May 2019.

All the best to Team Singapore!

Good day to all,

A friendly reminder to all gyms that the closing date for the Trainer’s course will be this Saturday, 10th November, 5pm.

If you have not registered and would like to register, please do so as soon as possible with Mr Tommy Kuang at Tommy.kwang@hotmail.com

Thank you and good day to all.

Good day to all,

Please contact Mr Willip Ho at +65 9235 4789 or email him at willip.fpm@gmail.com for any further enquiries.